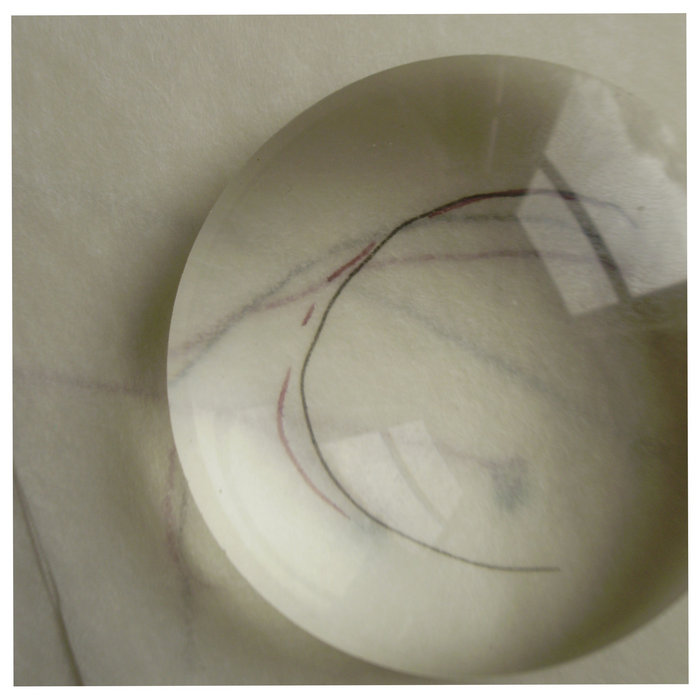 digital re-issue of the seminal composition of contact mic recordings from Estonia.

The unpredictable music of found strings, here captured using JrF contact microphones, offers up an experience both subtle and powerful – it keeps me fascinated, as does the challenge of presenting the results in a clear, emotive and simple way – allowing the moment of discovery to remain, tempered by the slow reveal of living with this music over time.
Please note: some of the frequencies of these structures mean that listening via computer speakers is not recommended, as you simply won’t be able to hear much of the sound. Therefore, please listen via conventional audio speakers or with headphones. thanks.
The reccordings featured in this composition were made during my first trip to Estonia for a residency at Moks. For those who haven’t visited Estonia before its vast openness and freedom from sound pollution make it a fascinating country to explore. The molasses hued mirrored lakes offered up some fascinating hydrophone recordings (some of which feature on my cd ‘the bright work’). whilst the sound of trees cracking together and grain barns rattling themselves from sleep in the occasionally strong winds provided some richly charged moments of deep listening.

I found transmitter cables, long chimney support cables, disused piano wires stretched across old farm utensils, rust covered fences – each one a surprise, a discovery and a joy to listen to. Also, standing in a simple, plain field bordering a seemingly endless, straight rail track and listening to the singing of the telephone lines that ran alongside the rails gave one a sense of unintended harmony between the modern world and the nature it all too often attempts to impose itself on. I made small cut-out pictures, placed them alongside the train tracks and in the long grass and photographed them – a picture story to send to my daughter – all the time with the sound of these long harp strings in my ears - JrF

Estonian Strings -- Jez riley French (Gruenrekorder) Jez riley French is well known for his work exploring sounds that are normally hidden from the general listener. His recordings bring forth new life into environments that are not actively forthcoming when it comes to sharing their acoustic qualities, thereby opening up new sound environments to explore. "Estonian Strings" is the latest offering from French and takes the form of a 42 minute composition based on recordings made during his first trip to Estonia in the spring of 2009. With his constant desire to investigate new sonic sources, French applied his contact microphones to a variety of "found strings". "I found transmitter cables, long chimney support cables, disused piano wires stretched across old farm utensils, rust covered fences -- each one a surprise, a discovery and a joy to listen to." The result of this foray into the unknown is a select series of field recordings that have been patiently worked together to create a pulsating, otherworldly piece that quietly beckons to the listener. Headphones are a definite must if you want to fully appreciate the multilayered intricacies of this work. With headphones, 'Estonian Strings' takes on an almost mesmeric quality; the piece is unhurried and minimal, yet it seems almost impossible to remove oneself from this strange world. The changing tone of the work is unquestionably subtle, but there is enough happening to retain more than a passing interest in the content. With his ear for the unusual and an unflinching curiosity, French once again opens up a portal to reveal a wealth of usually concealed sounds. Just the right balance has been struck between content and composition here, making 'Estonian Strings' an intriguing and enjoyable listening experience. ct

Bandcamp Daily  your guide to the world of Bandcamp